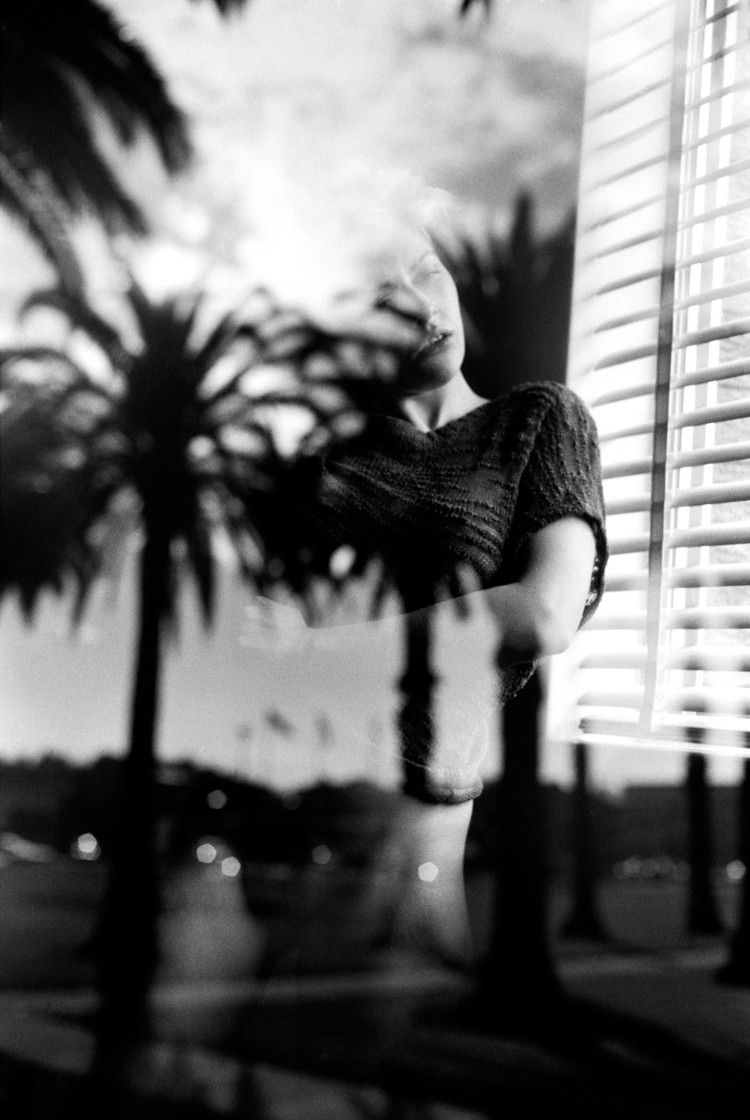 This double exposure of Meluxine from 2013 is still one of my favourite photos I’ve ever taken. Not only because I love the finished product, but because it was one of those rare occasions when an idea in my head translated perfectly into an actual picture.

On the morning of our shoot I went out and shot an entire roll of film in a nearby park. Thirty six exposures of palm trees. I then rewound the film and used it again midway through our shoot, keeping in mind the orientation and rough composition of the photos I’d taken earlier that day.

I knew there was something special there when I pulled the developed film off the reel, but tried to not get too excited. It’s easy for photos to look good when they’re bits of silver on a tiny transparent rectangle.

After the film dried I scanned the photos in one by one. To my surprise there was as many keepers as we got from the rest of our shoot! This in no small part thanks to Meluxine’s super power:it’s impossible to take a bad picture of her. I’m fairly sure she ran into a genie one day and was granted three wishes, and wish number one was to be photogenic as fuck. Or it could be that she’s super smart and developed an incredible talent over many years of hard work. I’m not sure.

That might seem like an unnecessary aside, but I remember thinking such things as I scanned these pictures in, each one as good or better than the last, until I saw this one. It stood out right away as something special, and although some great images were revealed as I finished scanning the final few, I knew that this was the one.

It almost perfectly resembled my original intention, and worked incredibly well as a finished image. It evoked in me what I had intended to evoke, it said what I wanted it to say. I can’t say how it speaks to you, but at the end of the day it doesn’t matter.

Likes and shares and kudos mean nothing if I can’t say in all honesty that I like what I’ve produced, and to this day, I still love this picture. 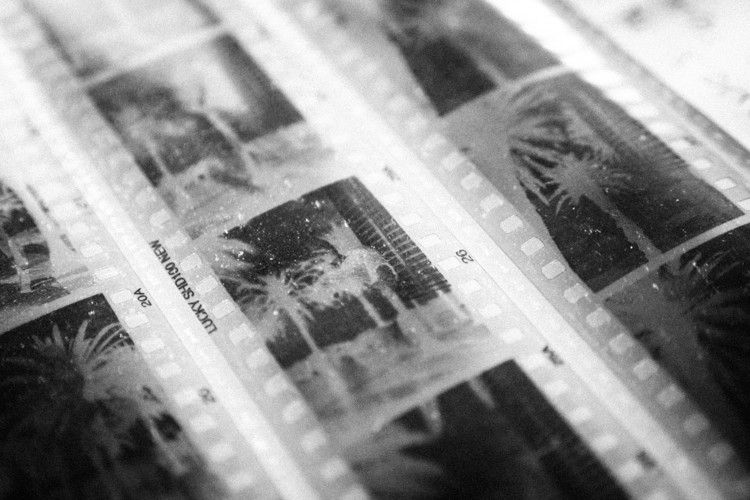 But there’s more to this story. You may have noticed it is my profile picture on the various social media platforms. It’s been there in the back of my mind this whole time. Since then I’ve revisited double exposures generally, and this theme specifically, several times in fact, but never quite superseded this, at least insofar as feeling I’ve accurately and succinctly articulated my intentions. But this image has recently helped inspire a new area exploration for me. Perhaps nothing will come of it, but what a privilege it is to have a long term artistic practice that allows a kind of self reflection, that can inspire itself with itself. Of course I don’t live in a vacuum, and I’m constantly drawing inspiration from great works created by people of the past, and occasionally the present too, but how lucky I am to see myself and my work in that of others? And to have others see themselves and their work in my own? Transcending space and time by finding a friend in a dead poet, making the acquaintance of a contemporary in Canada, or inspiring a fellow photographer here in Sydney.

Louis Armstrong was onto something.