As a rule I prefer silence to music when I’m working, but as those of you following along on Facebook might have gathered, I live in a suburban ghetto where any semblance of silence is quickly invaded by leaf blowers, yappy rodent mutts, intrusive alarms, and wailing patients in the halfway house next door. And today marked the beginning of two weeks worth of even more noise. The construction of a new driveway no one wanted, and of course the destruction of the existing, perfectly good driveway.

Everything kicked off just before seven in the morning. The not-sorry song made up of a jack hammer chorus, and concrete cracking verses. The huffing of heavy machinery making its way up and down the drive gave the song its rhythm, and everything was accented by big blocks of concrete being dumped into the echo chamber that was the back section of a large dump truck that blocked the entrance of our unit block.

Thankfully we had been notified of the likelihood of this cacophony and its associated inconveniences, so I had done some research. Before jumping into the shower I triple double checked my conclusions, and did some last minute price and stock checks of the surrounding stores. I showered, but did not shave as I rock the disheveled look, got dressed, pulled the door closed behind me, jumped my downstairs neighbour’s balcony, because it was the only way out of my unit block on account of the dump truck, and wandered towards the local shops.

The dick smiths store nearby is usually a waste of space, so limited is their stock, but for whatever reason they had several of the exact pair of headphones I had my eyes on. Thankfully the only employee on site was quick to offer her help, as the headphones were locked behind an alarmed wire mesh. Much to my amazement she kept on smiling and chatting even after I got her to price match them from another store that was selling the same model for nearly $100 less than this shop was asking. I paid for my headphones and walked briskly back home, stopping only briefly to pick up a coffee. 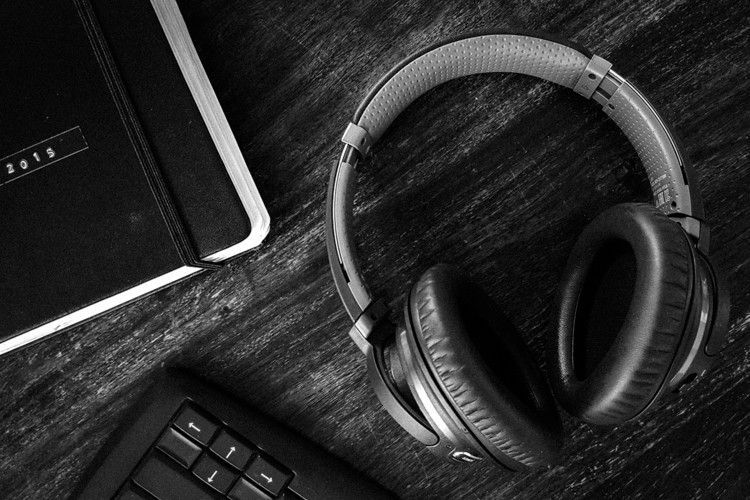 I jumped my neighbour’s balcony again and raced upstairs to test my purchase. I paired the headphones (they’re wireless, one of my requirements) turned on the noise cancellation feature (another requirement) and slipped them over my ears. It was like a big shark being eaten by a bigger one. The concrete cracking cacophony that had enveloped me since seven AM was swallowed by the smooth sounds of Wynton Marsalis. I slowly peeled the headphones from one of my ears to make sure the craziness outside was still carrying on. As soon as the seal between my ear and the headphones broke I was aurally assaulted by sounds of destruction coming from the digger downstairs. The shock made me jump and the headphones slipped from my hand and sucked themselves back onto the side of my head, sealing my sensitive ears off from the outside world. And there they have remained, an auditory kiss that has lasted all day.

So I ended up having a productive day today! The problem is that Mel is due home soon, and I don’t want to take them off. I’m enjoying my loud silence, where every intrusion is intended. And when is Wynton Marsalis ever an intrusion anyway? Not when I’m editing photos he’s not. But when I’m writing I let Wynton wander elsewhere, and bring in William Basinski to lay out a landscape more subtle, something better suited to the kind of concentration writing requires. It’s not quiet, but it’s a hell of a lot less noisy and disruptive than this place usually is. My new cans were expensive, but even if they only last a year, that’s less than a dollar day to save myself from the disruptive sounds of my suburban surrounds.