Before Instagram you’d be scoffed at for suggesting that hundreds of millions of people would spend their days building photographic portfolios, and their spare moments poring over photographs taken by their friends and online acquaintances. Six years later tho and it’s one of many such services that allows people to share their photos, and increasingly videos, sound recordings, and pictures of other forms of creative expression.

These platforms initially made sharing your work and being seen much easier, but as more and more people were drawn to them, and as the platforms started manipulating the feeds to make room for ‘promoted’ posts, the likelihood of your work being noticed and recognised on its own merits decreased exponentially, to the point where it’s barely worth posting even if you do have thousands of followers because unless you’ve paid for the privilege they’re unlikely to see it anyway.

So now more than ever when someone expresses an appreciation for your work, acknowledges the time and effort you’ve put into it, and wants to know more, you’re grateful for the opportunity to share.

Imagine my excitement then when a representative of one of the UK’s biggest photography magazines, Digital Photographer, contacts me because they’re doing a feature on black and white photography. They’ve stumbled across my work and want to interview me as part of the article, am I interested?

Am I interested in being presented as an expert in the niche I’ve dedicated years of my life to? Is the Pope a Catholic? If a bear shits in the woods and nobody’s around, does it make a sound? Wait, you know what I mean…

By the time I’d done the initial interview and answered a few follow up questions I had spent many hours thinking about and writing down my responses to each and every question during a busy period in my life, given away my all my secrets, and sent off high resolution versions of some of my best work to a person I’d never met, all in the hopes of a little recognition.

I answered the final follow up question and thanked the magazine for their interest, time, and patience. I also made mention, and not for the first time, of how excited I was to see the article, and asked again if I might be notified when it was done as I’d love to give it a read. I didn’t get a reply.

Never mind. There was an article due that wasn’t going to write itself and this was a busy period for me too. I was preoccupied and didn’t pester. I know what it’s like to have too much on my plate. All in good time.

A full two months later I sent another email. It was just a nice hello followed by a polite reminder. Literally “Just wondering if the article is readable anywhere online? Would love to see how it came out!” Not an aggressive or unreasonable email after two months of radio silence I’m sure you’d agree, but once again, no reply.

During the initial interview process I had noticed fellow photographer Mel Brackstone make mention of one of the more unique questions the magazine had asked me. I messaged her privately when I saw it, to congratulate her on the well deserved attention, and to confirm that it was indeed the same magazine and feature. I hadn’t been mistaken.

A few days after my polite but probing email to the magazine’s representative I got a private message from Mel. After filling her in on my experience she relayed her own. It was almost identical to mine. Despite follow up emails she hadn’t heard anything back from the magazine and was left asking the same questions I was. Had she not made the cut? Were her answers no good? Were her selected photographs not appropriate for the feature?

I decided to do a little research. Being so busy myself and not wanting to pester the people involved, I hadn’t logged onto the magazine’s web site since before I agreed to the interview. The latest issue didn’t mention anything about black and white. Maybe it hadn’t been published yet?

I dug around some more and found a list of back issues. I noticed that issue #171 had a feature on black and white photography. The plot thickens.

Being now more or less convinced that this wasn’t just a miscommunication but an appalling disrespect for the people providing content to a for-profit magazine, I refused to purchase it on principle, and instead went out of my way to download it without paying. I felt and feel quite comfortable with that decision as at this stage it wasn’t just me that had been disrespected, but the talented and hard working Mel Brackstone too, and we didn’t even know if we were in the magazine yet! Had they used our words and pictures to fill and promote their magazine without even letting us know, or had they just got our hopes up and wasted our time?

A few minutes later and I had a digital copy of issue #171. I clicked through to the black and white feature and immediately saw not only my own name, pictures, and words, but Mel’s too. 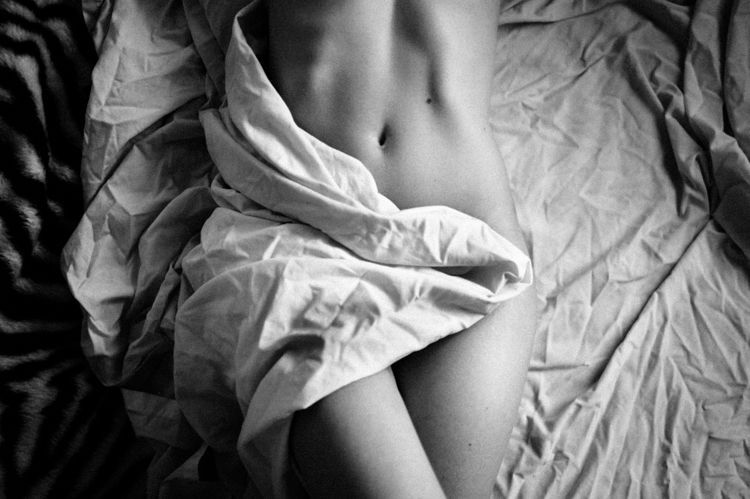 One of my photos that featured in issue #171 of the Digital Photographer.

I sent Mel a link to the PDF. She was as disgusted and disappointed as I was. How could a magazine that promotes photography as a hobby and relies on photographers contributions for its content treat those same photographers with such disrespect?

I know that magazines are a low margin business, I know that every issue involves editors and writers and journalists who are in contact with tens or even hundreds of photographers for each and every issue, and I know that emails fall through the cracks sometimes, especially during busy periods, but two people who are being interviewed for the same feature article in the same issue, whose names and photos and words constitute a large part of said article, who have both followed up? To me it seems more like exploitation and an all round lack of respect.

I didn’t want money. I didn’t ask for a free copy of the magazine. I didn’t even expect a discount. A PDF copy would have been easy and free for them to do, and a nice gesture, but all I really wanted was acknowledgement of or a polite thank you for my contribution. It’s not just that I didn’t get to read the feature article I was interviewed for, it’s not just that I wasn’t even told I’d made the cut, it’s that after the magazine had got what they wanted they refused to even acknowledge my existence. And what’s worse is that this isn’t even an isolated case across 171 issues, but an identical experience to another photographer in the exact same article in the exact same issue.

I’m no expert in business, and I’ve never run a magazine, but I’m not sure that turning a potentially positive experience that endears your publication to contributors into a bitter one that makes them loath you is the best way to succeed.

Nevertheless, and against my better judgement and every principle and ideal I’ve ever held dear, I purchased issue #171 of the magazine for my records. I put it into my file before I’d even opened the package. I certainly won’t be recommending this magazine to anyone, quite the opposite in fact. Outside of this one copy I have purchased for posterity I will have nothing to do with a magazine who exploits the people it pretends to benefit. Instead I’d recommend some of the other fantastic publications who’ve interviewed me and other creatives, who treat their contributors with respect, and who are genuinely interested in sharing the work of serious artists.

Now that I’ve vented I want to thank all the models who appeared in my work that was published in Digital Photographer. Unfortunately what should have been cause for celebration ended in confusion and disappointment. If it wasn’t for the way things worked out I would have been in touch a lot sooner, but as it stands I wasn’t entirely sure what I wanted to do about the situation so I hadn’t mentioned it until now. Maybe Issue #171 of Digital Photographer should be added as a credit in your resume, but I can’t say I’d recommend supporting the company by purchasing a copy.