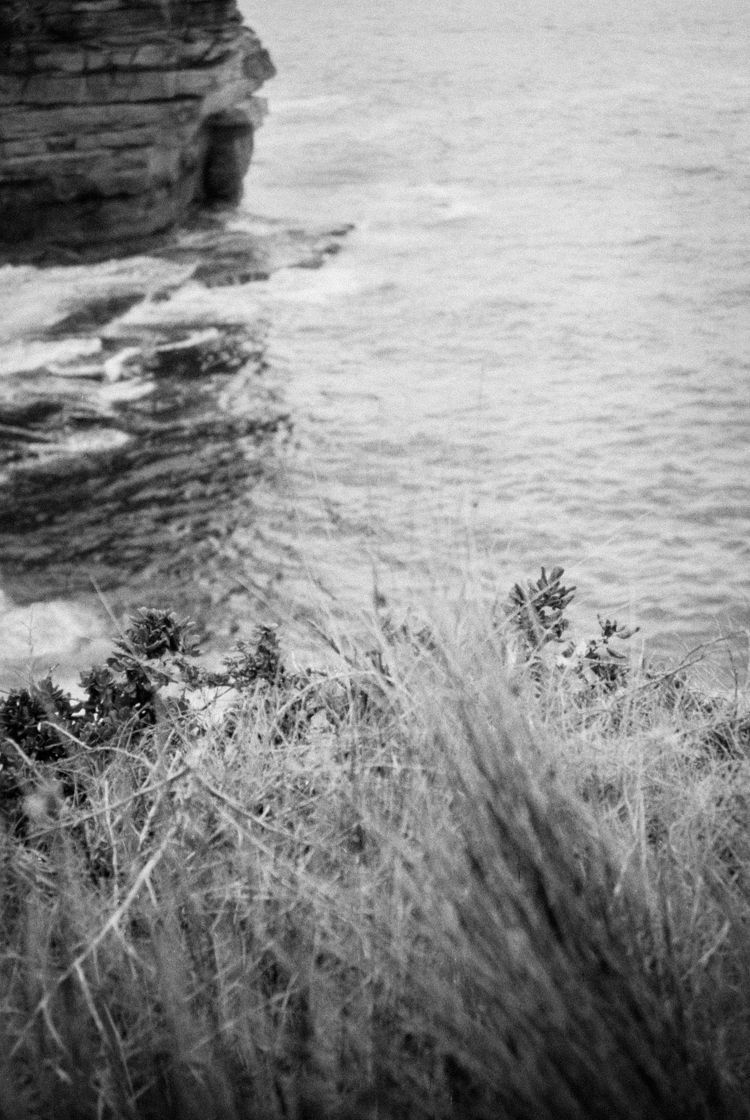 Most people don’t like this kind of photo. When asked why, one friend commented “I could have taken it.” This is true, I suppose. It’s not an exotic location, it’s accessible to anyone living in Sydney. I made conscious decisions about framing and focus, and wouldn’t have even bothered taking the picture if the light had been different, but it is true that I didn’t require any special gear, and though small sensor smart phones might struggle to achieve a similarly shallow depth of field, a more or less equivalent picture could have been taken with just about any other camera. Load it up into photoshop, convert it to grayscale, boost the contrast, and Bob’s your uncle, right?

I suppose that is one way to look at it…

I’m not one to take process or method into account when responding to a photograph or work of art. To me, if it moves me in one way or another, then it is a successful picture. Sometimes the simplest things have the most profound effect. But my friend’s comment reminds me of the quote “Modern art = I could have done that + yeah, but you didn’t” because not only is it true that someone who claims they could have taken a similar photograph didn’t in fact take a similar photograph, what is more important is that without said photograph to prompt them, they probably NEVER would have.

Someone who criticises a work of art for being too basic and easily imitable (which is what is meant when someone says, “I could have taken that”) is responding intellectually (and so closing themselves off from a potentially deeper response), and obviously does not understanding the artistic process.

Some people get quite angry about Marcel Duchamp’s “Fountain”. I realise this is a simplistic example, and somewhat akin to mentioning Hitler to win an argument, but the fact of the matter is that urinals had existed outside of art for a long time, but it took Duchamp to really “see” it. Although he didn’t craft the urinal with his bare hands, and buying it and turning it upside down is something any able bodied person could easily have done, it was Duchamp’s process as an artist that made real the work of art we now known as “Fountain”.

I’m sure I’m not the first person to note a similarity between Duchamp’s readymades and photography, but I can imagine it is an unpopular suggestion. Gearheads and geeks will be quick to point out the complexities of accurate exposure, or the painstaking processes a raw image goes through – digital or otherwise – before they put their name to it and share it with the world, but any such arguments directed at me would be preaching to the choir. More than anyone I know I labour over my images. Developing and scanning film, carefully selecting images that show potential, that fit into my various projects and will hopefully suggest to the viewer something of my intended expression, cleaning and rescanning selects in higher resolutions and putting them through a process that is the current evolution of a workflow that’s taken years to fine tune, eventually ending up with something that hopefully resembles that which I’d envisaged before I even clicked the shutter. Not to mention often tedious shoot preparations, and the shoot itself, with the framing, exposure, and other compositional decisions made at the time I tripped the shutter.

And yet… Today’s technology is such that someone with an iPhone and hipstamatic could sit in the same spot and, given similar weather conditions, create an image in a fraction of a second that could conceivably so closely resemble mine that, when scrolling through an instagram feed, someone could easily mistake it for the original.

The first image came out of a process. Thousands of conscious decisions over many years that came together at that moment to create something very specific. A “readymade” for sure, (without the cliffs and the sea there would be no picture, but that really is a stupid argument, so I won’t waste my time on it), but something that was born of a process, a practice, a passion, that has also birthed a body of work with the explicit purpose of expressing something quite specific. The other is a mere copycat.

Does this mean that, of the two near identical pictures, one is better than the other? Not at all. Does this mean that you should like the original just because it was at one point the latest expression born of a process of refinement that began many years before the image was exposed? Not at all. If the picture doesn’t move you, it doesn’t move you. But if your response is based on the fact that a very smart computer could have replicated the picture just by pointing it at the same place at the same time, you’re sitting on the surface of life, and amongst other things, are missing out on the kind of rich and rewarding experiences that only art can provide.

Original P.S from Tumblr:It’s ironic that this piece implies a lot about the significance of a body of work, and the example image is nothing like anything else you’ve seen on this blog. For a long time I’ve resisted posting anything ‘off topic’ on tumblr especially, preferring instead to keep the subject matter of my site consistent. That is going to change. Starting now I’ll be posting my work here no matter what the subject matter, so if you’re just here for the titties, you might want to unfollow me now :) I jest, because I do pay attention to my followers and know that some very large percentage are photographers themselves, so to some degree I’m probably preaching to the choir. A special thanks to my fellow photographers and artists for following along here. It is an honour that you allow my work to occupy a small slice of your attention.